A few weeks ago I got the chance to witness gravity defying stunts, fast speeds and a guy breaking out some human beatboxing mid show. That is the fun of Arenacross. 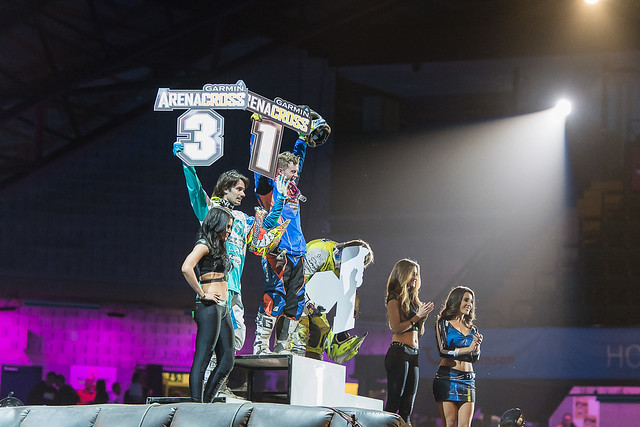 We all went in expecting just some random tricks on bikes but got so much more. The first thing we found out was it is actually one of the rounds of an actual league, the fifth round, with round six taking place in Sheffield and the finals in Wembley.

It all kicked off with fireworks and a great introduction from an american host, who really set the tone for the fun filled show! Once the bikers all done a walk around the track introducing themselves to the buzzing crowd, we kicked off with the first heat, and thats when we got our first hit of Arenacross, literally getting dirt thrown in our faces as they went round the first bend. 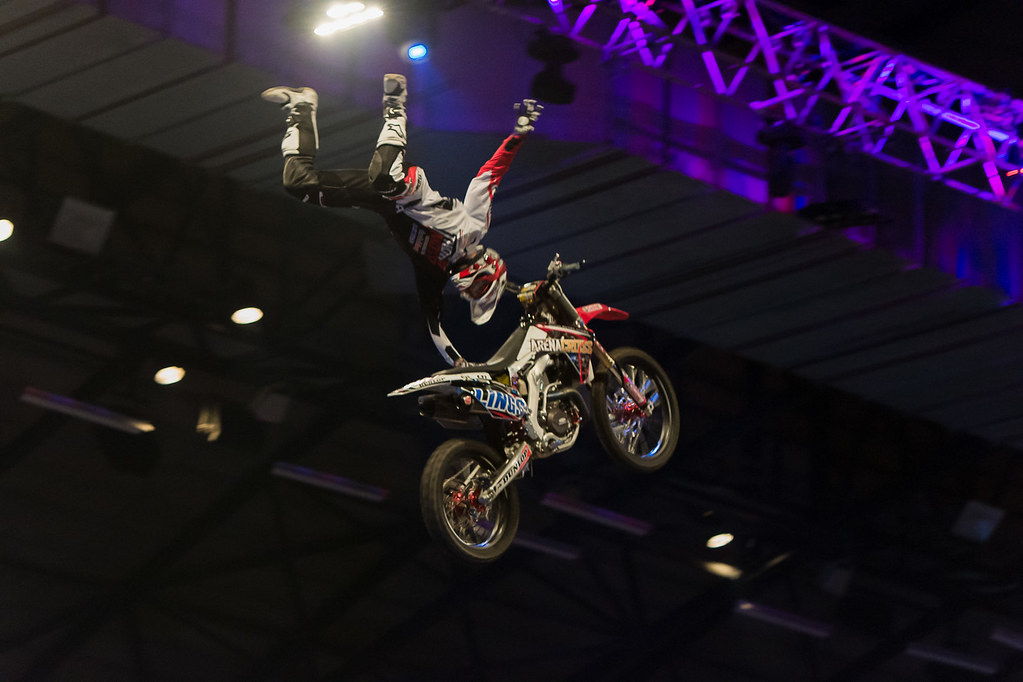 As the show progressed we got to see triple jumps, crazy overtaking, and some bad knocks (only one person had to be limped off during the show which was crazy considering everything they were doing).

Mid-show it was our turn to step up. Courage the Cat and John Coyle were about to do there lap in front of thousands. John made his way round the track with some grace until he hit the halfway point, when Courage took over. It’s not everyday you see a cat steal a bike and do a lap to thousands of chanting fans. 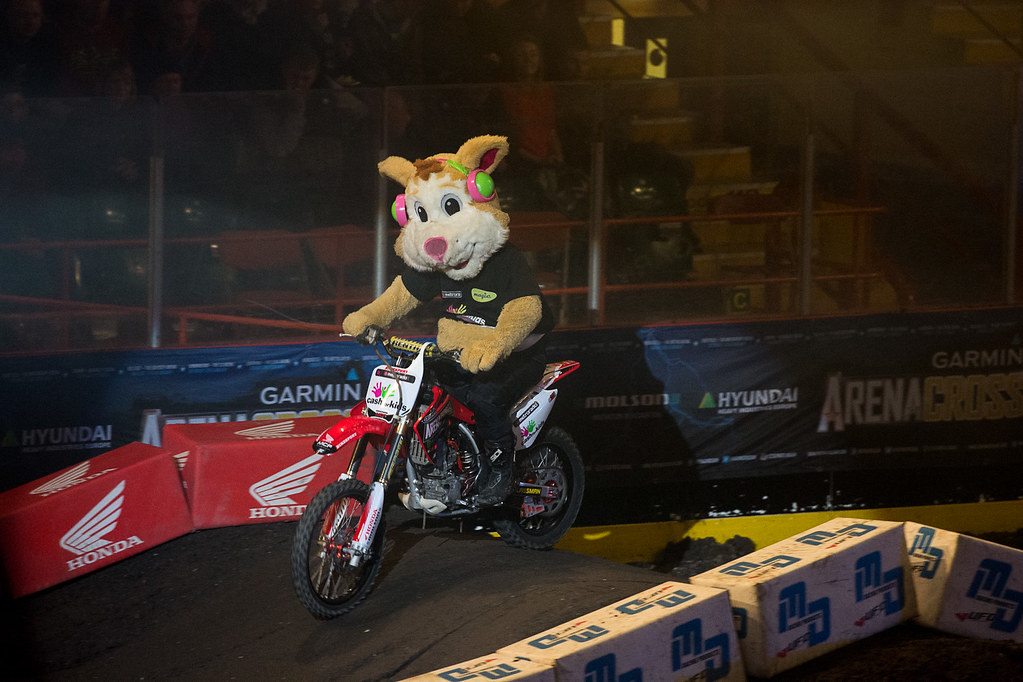 Once the interval was over it was back to the show to to wrap up the final heats and crown a champion. Overall it was an amazing show with some massively unexpected action.