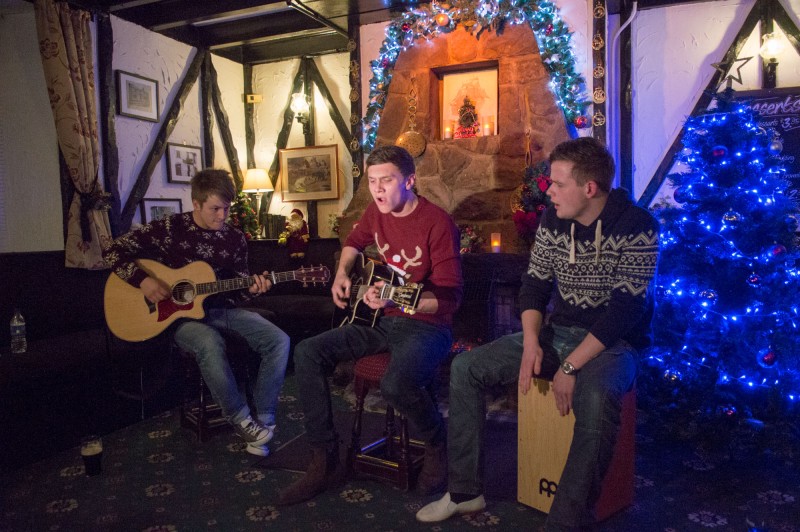 I got the chance to film an acoustic band from the Durham in the North East. North Road is comprised of three members, Jack Robinson, Josh Henderson & Charlie Griffiths. They cover a range of instruments but primarily use acoustic, mainly guitars, their vocals and a Cajon drum.

North Road was formed in the summer of 2012 as all three of them studied for a diploma in Music at New College Durham. Prior to becoming North Road they played music individually and often did gig’s by themselves.

Tonight they would be performing in a small local pub called Shipwrights Hotel & Riverside Pub in Sunderland, just off the A1231. The pub provided us with a warm Christmas setting such as the open fire and the traditional decor.

North Road opened with their Christmas single Holiday Cheer which is raising money for Cash For Kids, a local charity helping children of the North East, and then went on to perform their covers of Pompeii and Too Close.

Check out the pictures here, and watch out for their Christmas single. To donate to Cash For Kids, follow the link!