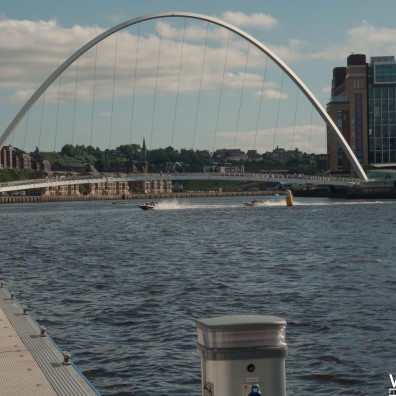 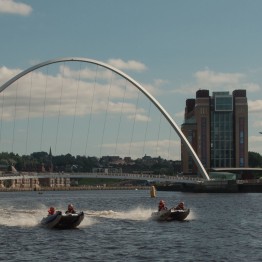 So I was asked to head down to the Quayside in Newcastle to film an interview with a gentleman named Steven. Newcastle was being set up to hold the next Zapcat Grand Prix. Last year 25,000 people turned up to the quayside to watch the boats race. This year a larger crowd is expected with the great weather to draw in the public.

15 teams will race up and down the river Tyne combining the picturesque sights such as the Millennium Bridge with fast paced racing, as the boats reach up to 3 G’s! The courses will contains mixtures of straight line speed to crazy chicanes to make things interesting. Last year saw a few boats flip as they were pushed to the limits! This year racers will be competing for the NE1 Zapcat Grand Prix Champion.

Other video productions include a trailer for the Level 3 Commercial Radio Course ran by Gateshead College. The purpose of the trailer is to promote to future students and show that it is not just about the theory, but also the business side of things, giving students an insight to a real life radio station. The video combines the typical teaching structure of the lesson, as well as the practical side of things such as spending time in the studio.

The last video is an interview held during the build of the European Athletics held at the Gateshead Stadium. I got to record Rebecca Dixon, a news journalist for Metro Radio, interview the owners of the stadium and allowed us to see the stadium being upgraded to handle the event. To coincide with the event, Rebecca thought it would be fun to learn how to perform a long jump, as well as practice the hurdles on a rather small hurdle.

View all the videos below!