Well today was a bit of an odd day. It started with a casting for a casino commercial. I can’t remember the name of the company but fingers crossed! I had to give a serious pose while I contemplated red or black, and then portray some fake excitement.

The best part of the day though was a Q and A session with Metroradio Steve and Karen, who present the largest breakfast show in the North East. The purpose of the session was to give people who want to pursue a career in the media industry an insight on how to do it. As both presenters had used various avenues to accomplish it, it was clear that there was no set method.

Steve worked his way up from presenting small stations such has hospital radio, as well as Topshop radio, and then moved to stations in Birmingham while eventually working up to Metroradio. Karen on the other hand began in Sunderland University where she worked in the production of the content before being roped into presenting a news report when a journalist didn’t make it. She was heard by another radio station who spotted something in a nervous voice and then built her career from their.

Chris Pegg who is the station head, found himself doing the opposite to Karen. After finding that working behind a mic wasn’t for him, he eventually became a settled as programme director at Metroradio and Magic after a stint of various other stations.

The event was very informative as we found out the various parts that happen behind the scenes at a radio station, and the various roles involved in putting a show together. We also found out about how radio has developed through the years, and taken on the likes of television and the internet while still maintaining loyal audiences  Overall it was a very informative and entertaining event! 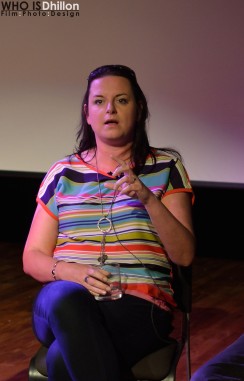