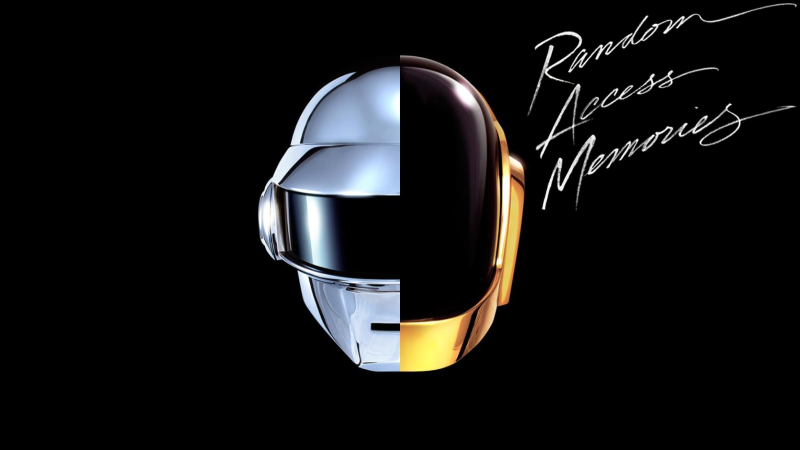 The French duo Daft Punk have finally got around to creating their fourth album. We’re not including the Tron: Legacy soundtrack, since it was a soundtrack with various short bits of music that were amazing but….no.

Random Access Memories, which is set for UK release on the 20 May, has been in the works possibly since 2008 while they were also creating the Tron: Legacy score (one of the songs does sound a lot like something from Tron). The album references music styles from 70s and 80s, using various synths, guitar riffs, pianos and trumpets. Major players in the era have also been an inspiration for it ranging from The Eagles, Michael Jackson and Pink Floyd.

The songs created by Daft Punk would fit right in to the past, yet give something fresh in the present. The opening song ‘Give Life Back to Music’ pretty much sums up what the album is about, taking the music has become stale and bland and bringing it back to life. The song has a great opening build and then bang; we’re into something you can groove to. Other songs like Lose Yourself to Dance, featuring vocals by Pharrell Williams, follow on this groovy rhythm, while others like Game of Love slow things down and sound like a love ballad by a robot.

The standout track has got to be Giorgio by Moroder, the homage track to Hansjorg “Giorgio” Moroder, an Italian songwriter, producer and performer. Giorgio has worked with many artists such as David Bowie, Blondie and Led Zeppelin, as well as created music for films such as Scarface. In the track Giorgio explains how he got into the music scene, and worked his way up from there. It is a nice insight into the career of a musician who Daft Punk have been influenced by, a kind of song/documentary.

Overall the album is exactly what to expect from Daft Punk, a catchy house electro album that you can listen to over and over. It’s a fresh take that is grounded and designed not to be a huge in your face noise parade, but something that will be the soundtrack to summer. Probably not for the last track though, as that is an epic finale to close off the album!

For now you can stream the entire album from iTunes!