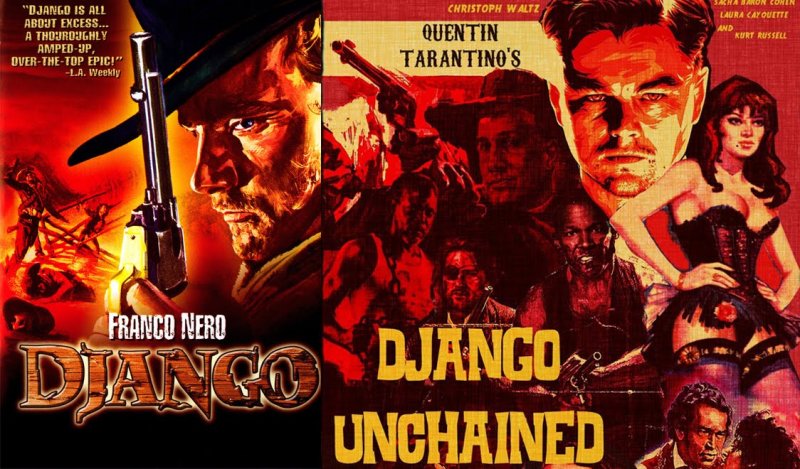 Take Inglorious Basterds and instead set it in the Antebellum Era in the Deep South. Replace Brad Pitt’s band of merry soldiers with just Jamie Foxx and Christoph Waltz (he played Hans Landa), and throw in the action of Kill Bill. Django Unchained is the story of Django (Jamie Foxx), a free slave, travelling across America with Dr. King Schultz (Waltz) as they chase after wanted felons, and find Django’s wife.

Waltz once again steals the show, as he explains to people how he was a dentist who became a bounty hunter. He plays it with a comedic way that seems childish and naïve. Each time he kills a criminal he explains who he works for and why he has done in an eccentric manner.

Foxx also isn’t too far behind either with his portrayal of a freed slave. When we first see him in his choice of clothing you cant help but laugh while completely understanding why he would go for an upper class outfit (although it does seem a lot like Austin Powers like).  Once Django settles into his bounty hunter role though is when the real fun begins, from training in the wilderness with a snowman, to killing off trainee KKK members.

The supporting actors also play their roles well, with Samuel L Jackson being especially detestable as Calvin Candie’s (Leonardo DiCaprio) friend. You’re left wondering why someone would turn on their own ethnicity, but once you see the lifestyle he gets to live, it’s understandable.

Overall Django Unchained provides the awesome dialogue we’ve come to expect from Quentin Tarantino with the exaggerated violence. It’s a film that has serious undertones of the slave trade and the effects it had, but covers it by not taking itself too seriously. An excellent film well worth the praise it’s getting.