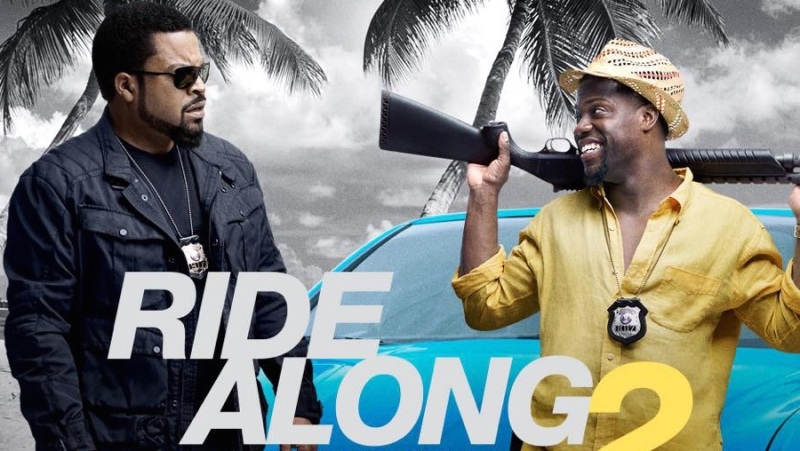 Buddy cop movies are all over the place, from Rush Hour, Bad Boys, Lethal Weapon, Cop Out, I could go on. Ride Along 2 is the sequel that finds Kevin Hart now a rookie cop on his probation trying to still prove himself to brother-in-law-to-be Ice Cube.

Kevin Hart again commits to the role, bringing in his wacky over the top energetic performance seen previously in his other films. Ice Cube on the other hand, plays the typecast of hard case as seen before in Ride Along and Jump Street. Both characters play off each other well as the good cop/bad cop routines.

Ken Jeong is the third wheel playing AJ, a computer hacker who has siphoned some money from his criminal boss, which results in him having to turn snitch to save his own ass. Again he plays his typecast role of the weirdo that is massively camp, but I would say he doesn’t achieve the awesome levels of Chang from Community.

Ride Along 2 has all the typical ingredients of a cop movie from chase scenes, stakeouts, and sneaky infiltrations. If you’re a fan of Kevin Hart’s style of comedy then this is definitely something to watch, especially when he tries to disguise himself as an African dignitary. The movie has some other great moments, but overall they are few and far between. 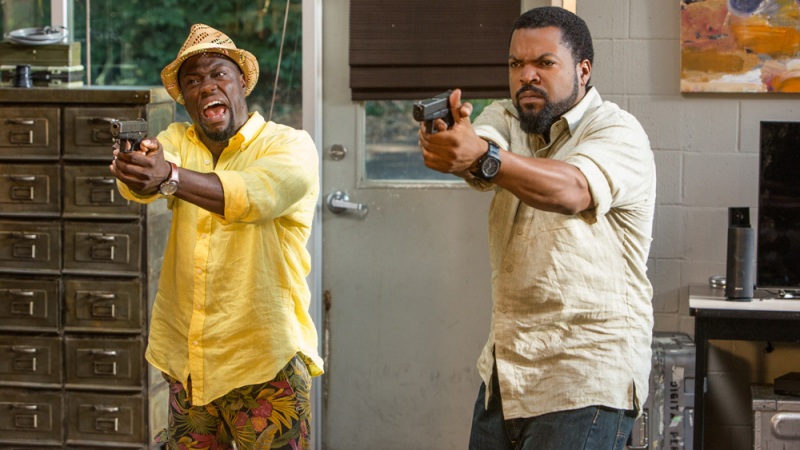