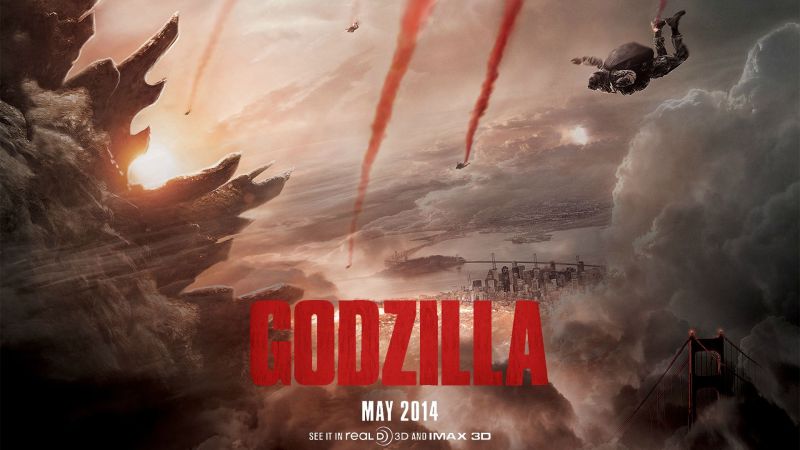 Remember 1998’s Godzilla with the amazing music from Jamiroquai and P. Diddy, Daddy or Sean Puffy Combs, whatever he’s called. Well this Godzilla is nothing like that. It doesn’t have massive artist attached to it for a music video, it doesn’t have Jean Reno or Matthew Broderick, and it barely has Godzilla.

Instead what we have here is a film that builds everything up through mystery and suspends and provides small details to create the history of the characters and monsters (yes Godzilla isn’t the only one).

The film more or less begins with Joe Brody (Bryan Cranston) and his wife Juliette essentially having a bad day at work at a nuclear reactor they look after in Tokyo. After a few seismic shocks that Joe figures out to be a pattern he tries to shut the plant down and evacuate but everything falls on deaf ears. Eventually his bad day goes to pretty shitty when his wife gets sealed in a corridor to prevent nuclear fallout and Joe’s the one that has to close the doors after watching her die. 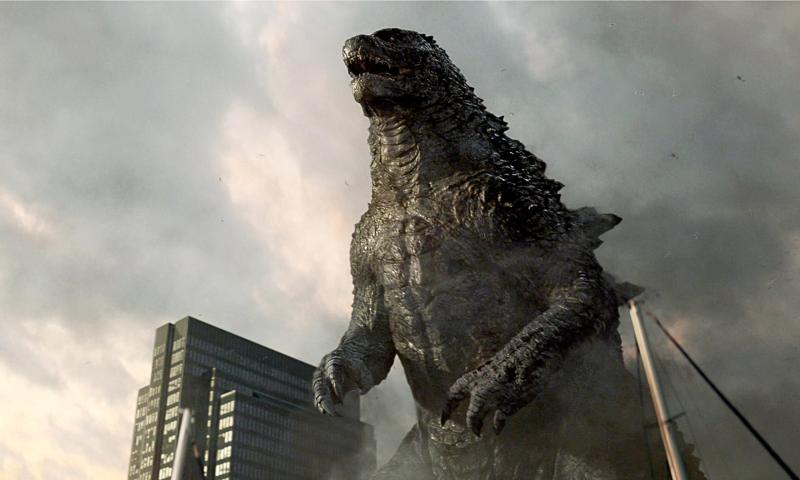 Several years later, Joe is a bitter man filled with the idea that the now sealed off plant is hiding a bigger secret, and convinces his estranged son Ford to sneak in with him. This leads to them discovering a massive monster the government has been trying to keep under control, which was also the cause of the disaster. When things go south the monster escapes and starts wreaking havoc as it makes its way across the world to find its mate. This results in smashed up buildings and monster-made tsunamis. The only way they can stop them is to send in a bigger monster, who is as you guessed it, Godzilla. It turns out they woke Godzilla up from it’s sleep during years of nuclear testing, and this alpha predator who pretty much ran the world is now humanities last hope.

This remake of Godzilla stays away from the view of Godzilla being the monster and instead focuses on its origins and how it and the other massive monsters came to be, as well as the idea that although humans think they are top of the food chain there is massive monsters that go bump in the night.

We also get some great emotion from the actors giving this movie a much more realistic approach than your typical blockbuster. For example when the doctor who has been keeping an eye on the monster is asked if he knows what its like to suffer loss, he shows the admiral questioning him the timepiece belonging to his father, which stopped ticking when the nuclear bomb was dropped on Hiroshima. Bryan Cranston also gives a great performance of someone obsessed with finding out what led to the death of his wife and thousands of others, even if he isn’t there for the whole film.

Overall Godzilla is a movie filled with great suspense and emotion, even when it is tearing up buildings using huge monsters. 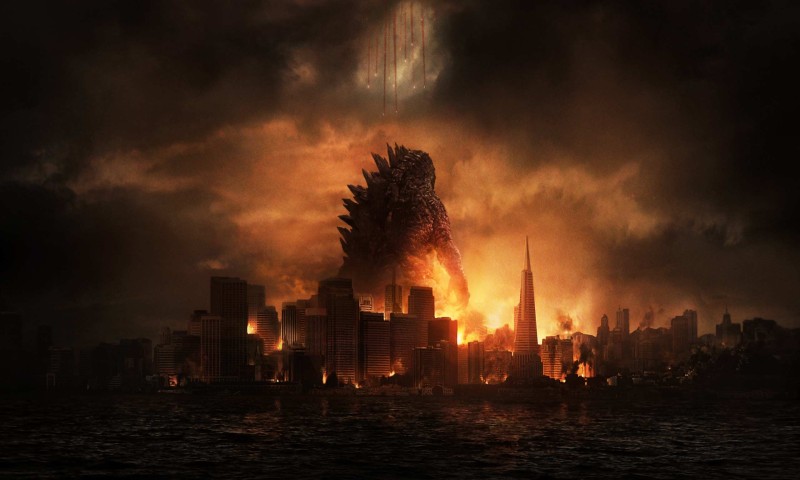