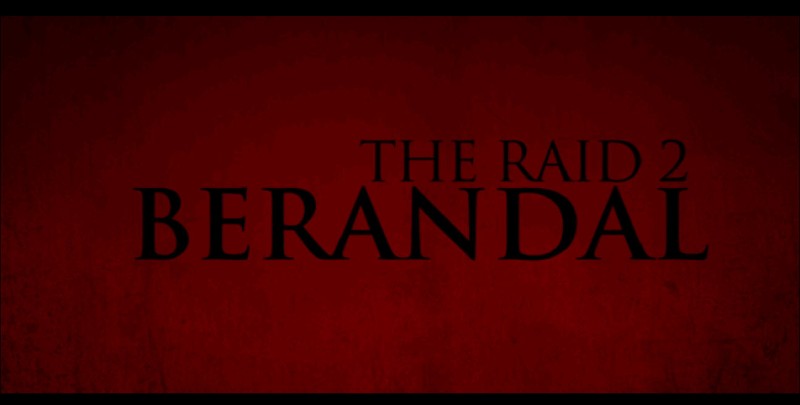 The first Raid film was a great flashback to what Asian cinema used to be all about, amazingly choreographed fight scenes with a half decent story line and excessive amounts of violence. The martial arts genre went into decline after The Matrix bubble burst with Revolutions, and Hollywood’s abuse of the genre, but thankfully came back recently with legs flying all over like Van Damme’s flip kicks.

Raid Redemption was all about Rama, a rookie police officer being placed on a task force charged with taking down Tama Riyadi, who runs his own personal slum tower filled with criminals and low lifes. At the end we find out that the officer in charge of the mission is actually corrupt, and the mission is all about the police force trying to get its hands on a collection tapes Tama made of officers taking bribes.

Raid 2 opens with Andi, Rama’s brother who chose to stay behind at the tower to protect Rama as the new crime boss, being executed in a field by a new criminal in town who wants to take over. Rama is then asked to join an undercover task force whose sole purpose is to root out the corrupt police members, and to do this he must join one of the criminal families controlling the city.

Rama goes to jail after assaulting an opposition of the criminal family, and befriends the head bosses son Uco. After saving his life during a riot, Uco gives him a job within the family once he is out of jail. Eventually Uco grows tired of working for his father and hatches a plan with Bejo, the new player in town, to take over from his father and kill the rival Japanese family. Obviously things go sideways as Uco finds his plan has backfired and takes even more extreme measures to cause a war by killing his father.

Raid 2 is essentially a mix of Godfather-esque criminal politics with undercover characters straight out of The Departed. The storyline isn’t exactly unique but the action is very intense. From Rama throwing punches like something out of an anime, to a homeless man being more kick ass than a UFC fighter.

There is a great mix of fight scenes, including a scene featuring a deaf woman with TWO hammers taking on a bunch of guys on train which was very similar to Oldboy. If you’ve thought of a location and weapon to use in fight scene, most likely it’s in Raid 2 (there’s a guy that walks around with a baseball bat and kills a guy by knocking him right in the head with a baseball – and then he asks for it back!).

The downside with Raid 2 is the same principle in video games, if it’s a regular minion they go down in one punch but if they’re a top end boss it takes about 50 stab wounds before they start bleeding. I know we’re supposed to suspend any realism, but some consistency would help. Plus a lot of the time in fight scenes we see guys standing round their sharp suits waiting to step in – why don’t they just all jump on the guy they’re fighting and be done with it?

If you’re looking for a film with excessive amounts of martial arts and blood (seriously, if someone slipped on a banana in this they would end up with a massive wound akin to the loss of a limb), check it out, even if the storyline is a mashup of some classic gangster flicks.