Ever wanted to see an 800 year old man slapping the hell out of Wolverine? I’m guessing you’re answer is probably no, but still, seeing Deadpool do it while throwing in some weird one liners while doing it is fun!

Most people would probably remember the name Deadpool from the X-Men Origins: Wolverine film, played by Ryan Reynolds. Those who follow the X-Men series would know him as the villain turned hero to mouthy mercenary Wade Wilson, the anti hero who roles with the Cable. In the game Deadpool’s only powers is his ability to regenerate faster than Wolverine, and his skilful shooting.

The game doesn’t tie in to any comic storyline, but does follow the general universe such as Genosha being completely obliterated. Deadpool has kidnapped game developers High Moons who must create him an awesome video game, but after Mr Sinister botches his assassination mission, he seeks revenge while helping the X-Men track him down. 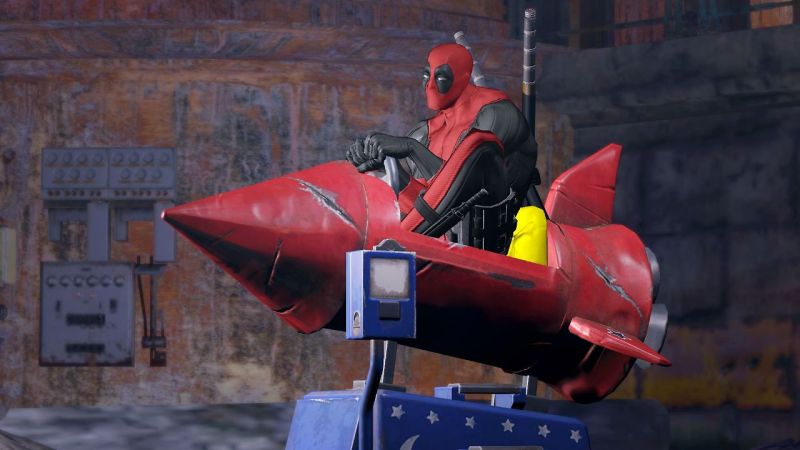 The game pretty much is a hack and slash similar to Devil May Cry or Ninja Gaiden. As players chain combos and kill enemies they unlock upgrades for Deadpool’s arsenal of swords and guns, as well as upgrading his own talents. Although levels are a nice mixture of open backdrops and closed tunnels, enemies are repetitive and puzzles are easier than a colouring book. The best bits of the game Deadpool’s witty remarks, like when dismembering bad guys, climbing his own intestines or mocking the X-Men.

Overall the game is good fun, ranging from the comedy dialogue to the jabs the game takes at other media icons like Zelda and Indiana Jones. The repetitive nature is what lets it down.  The game isn’t something you will play again since there isn’t anything to be done after completing the it, unless an add-on is released. The best option would be to grab it either when the price drops or just rent it since it could be completed in a few days, but it is a decent start for Deadpool! I’m just hoping they actually release the film and Deadpool keeps his R-rated persona.