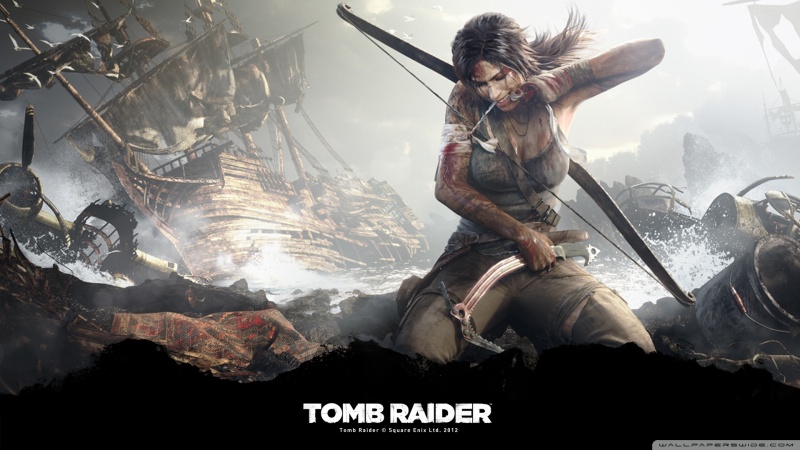 After all these movie reboots what’s wrong with a game trying to do the same?

Tomb Raider takes Lara Croft back to the start as she embarks on her first quest to make her name. On a ship call the ‘Endurance’, her team is out to find some old sun queen who’s name I’ve forgotten, possibly Imca, Ico or Imico? I don’t know.

After getting shipwrecked on Dragon Island, Lara is grabbed from the shore and wakes up hanging from the ceiling. As the game progresses we get to see her develop from being a frightened survivor to a bad ass hunter. 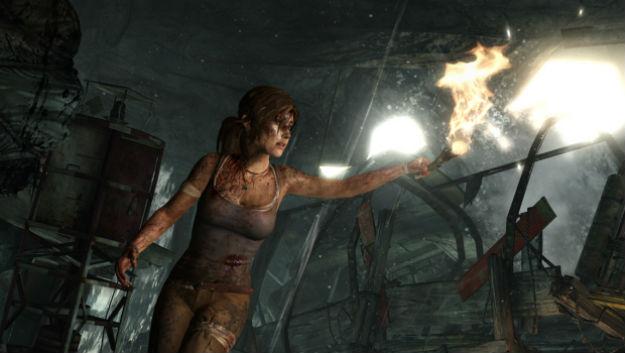 The whole island is your playground. Players are free to explore it as they feel, finding hidden tombs, treasures and diaries explaining the island’s history. There’s more to it much like the island from Lost, but thankfully it doesn’t have the dull moments like series 3.

As you progress, Lara gets the chance to upgrade her skills and weaponry. Starting with just a bow and a crappy axe, you eventually add a pistol, shotgun and rifle, while also being able to upgrade them. As you do, Lara becomes more deadly with them, being able to dodge attacks and counter with execution kills similar to those found in Gears of War.

To keep her going you must hunt animals to feed off, scavenge and loot any body, box or crate you find like a real stranded person. The game bears a striking resemblance to Arrow, the tv series about Green Arrow and how he became who he is.

Tomb Raider is a game that is way more grown up than the previous editions, Lara Croft is given more personality, more dimensions, and not just a big boobed female lead that has no other purpose. Players must actually help her survive, and are rewarded by amazing graphics in a wilderness that ever changes, while making developing a character who you would never mess with. It’s a hell of a game, with amazing action set pieces, a great story, and just sheer awesomeness! 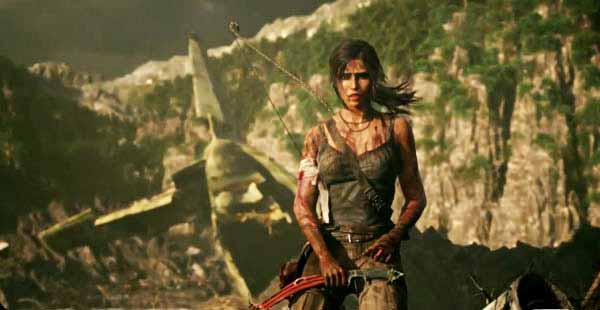